My journey to the Paleo life has been a long and somewhat drawn out process.  So before I get into that, let me give you some basic info on me!  I live in Omaha, Nebraska…which is apparently a “really good place to raise kids!” which I’m NOT doing at this point in my life.  I’m living the single non-mommy life, and for now, I’m cool with that!  By day I’m a middle school special education and reading teacher (which makes me close to certifiably insane) and by night I’m an amateur CrossFitter and Paleo chef.

The following is my story.  Yes, it’s a bit long, mostly because I can get wordy.  It’s worth the read, because it’s relate-able.  It’s real, it wasn’t always pretty, but it’s truth.  It’s also one of the hardest things I’ve ever written.

So, what made me go Paleo, you ask?  Well, I’ve always had a love affair with food.  In fact, I’m pretty sure it’s been both the most stable and most tumultuous relationship in my life.  I’ve also, subsequently, always had struggles with my weight and fitness.  I started gaining weight during middle school, so just adapted my personality to fit.  I was the typical “really funny fat girl friend”.  You know, that one that was always making everyone laugh, but was never really laughing much herself.  Throughout high school, I was a self-proclaimed fine arts NERD!  My version of exercise included marching band and show choir, yet my weight continued to escalate…..which I’m sure had NOTHING to do with the fact that I ate an ice cream Snickers bar with a Diet Coke every single day for lunch.  Such healthy habits, I know.

That brings me to college.  Oh college…….again, I was part of marching band (Cornhusker Marching Band 4 LIFE!!!!) but college was college, and I continued to gain weight, and LOTS of it.  But hey!  I was having a great time, had awesome friends, was dating a cool guy, and was generally loving life…..until cameras came out.  It was then that I realized that I wasn’t happy, at all…. 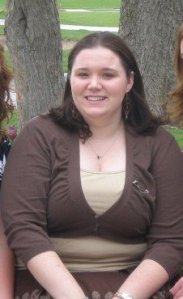 Fake smiles and making people laugh got me through another 2 years at this weight (250) and size (24), my biggest.  Then one day, I woke up.  On Valentine’s Day 2010, I made the choice to cut the crap.  I ended a long-term relationship and started working on creating the person I had always thought (but never truly believed) I could be.  I started dieting and attending Boot Camp sessions with a friend and over the next 18 months lost almost 60 pounds.  In my brain I had this “completely unattainable” size in mind, it happened to be a size 14.  I ended up going back and forth a bit, but was hovering around 200 pounds and was a size 16/18.  I was ecstatic!  This was more than I had ever imagined.  I had wrapped my head around and accepted that I would always be a plus-size woman.

Again, I maintained that for the next 6 months. That is until one day at work, a co-worker and friend, Angie, had a cookbook with her.  We taught together and I completely creeped through it sitting on her desk.  It was a Paleo cookbook.  At first, I thought she was completely insane….I mean, she was a celiac, so gluten-free was already in the mix for her, but me?  Oh HELL no!  This was also about the time I remember her starting to really talk up CrossFit….again, my immediate thoughts were “yeah right?!?  Have you seen me?  Have you seen CrossFit?  No way!”  Needless to say, my old self-deprecating mindset kicked in; however deep down, I knew I needed a jump start in my diet again.

So I decided, what the hell? I decided I would try it.  I gradually eased into the Paleo world.  It was hard, really hard, but I did it pretty reliably for about 75% of my food.  For a 2012 New Year’s Resolution, I committed myself to 365 Gluten-Free (which I stuck to, with the exception of St. Patrick’s Day….yeah.)  And eventually, because Angie refuses to take NO for an answer, and can be quite the bully when she cares about someone, I caved and attended a free week at CrossFit Artis in June 2012.  As much as it burns, Angie was COMPLETELY right.  I was hooked instantly.  I drank the Kool-Aid, and boy was it good!

I write to you today as a completely different woman from the girl who made a promise to herself in 2010 to CHOOSE better for myself.  I no longer think in terms of limits or things I CAN’T do, rather in ways to tackle the roadblocks standing between me and what I want.  I have continued to lose weight, pretty significantly, and am currently down almost 100 pounds from my heaviest (although, I don’t really get on a scale all that much anymore).  I’m comfortably wearing a size 12, which is smaller than what I started high school at.  I not only stuck to a “diet” but changed my entire lifestyle, eating Paleo about 95% percent of the time. (Let’s be honest, I still cheat……mostly with Cheetos, because they are like crack.)

But most importantly, I’ve discovered myself.  I have found both an inner and outer strength I never dreamed existed.  While I still have moments where I slip back into my old thinking, they are extremely few and far between (and generally PMS induced…..gotta love being female).  I am striving to continue to develop myself into the best version of ME.  And I’m doing it all with the support of my amazing family, my solid group of friends, and the best damn CrossFit crew out there…my CrossFit Artis family.  I can truly and honestly say, I’m living the dream.  Onwards and upwards, my friends.  Much love. 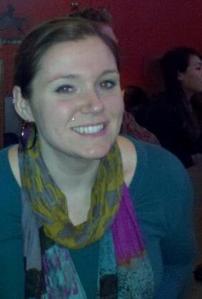